Apple has presented the Watch SE, a cheaper version of its smartwatch. The clock lacks some functions of the more expensive models but is cheaper than the new model Apple Watch Series 6.

The Apple Watch SE has to do without several of the features of the Series 5 and 6, such as an always-on screen, ECG function, and Wi-Fi via 802.11ac at 5GHz. The watch runs on the S5 soc from last year’s Apple Watch Series 5. Until now, Apple has kept an older model for sale to keep the price lower, but the Watch SE is the manufacturer’s first time to include a cheaper model in the range.

Apple will release the Watch SE on Friday for 299 euros for the variant without 4G, while the version with mobile internet connection is available from 349 euros, Apple says. The Watch Series 3 remains in the range for 219 euros. 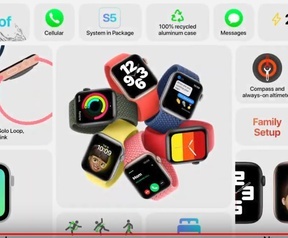 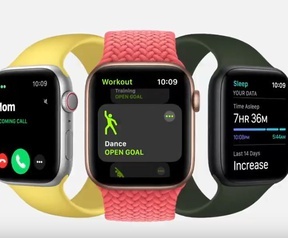 The new Watch Series 6 gets a blood oxygen meter with optical sensors on the back of the watch. It measures the blood oxygen both actively and inactive and stores it in the new app for that purpose.

The S6 soc in the Watch Series 6 is a dual-core based on the A13 Bionic soc, according to Apple, and is 20 percent faster than the S5 soc, according to the manufacturer. In addition, the U1 ultra-wide band chip will be included in the Series 6. The OLED screen can be brighter in standby for better reading outdoors. The Series 6 will be released in the Benelux on Friday for 429 euros, while the version with data connection will cost 529 euros.

All watches with watchOS 7 also have the option to measure and store the maximum oxygen uptake. In addition, there will be a function to turn an Apple Watch into a GPS child watch with its own account, but a phone is not required for Family Setup. This function is not yet available in the Benelux. All new Watch models do not receive an adapter in the box. 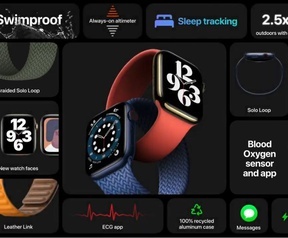 One bundle of Apple services costs 15 euros per month