Game sales have grown quite a bit this year compared to previous years. For example, in the United States, sales in the game industry were 26 percent higher in June than one year previously. The figures also seem to apply to Europe.

Research has been conducted into the US game market by research firm NPD, with an employee of the company posting a number of findings from the report on Twitter. For example, the survey found that $ 1.2 billion in games were sold in the United States in June, up 26 percent from a year earlier and the highest revenue in a decade. . In the entire year 2020, turnover has so far turned in 19 percent compared to one year previously.

Although the study focused only on the United States and Europe has not been looked at, the figures do appear to apply globally. It is believed that the global corona crisis has caused people to buy more games because they are forced to stay at home.

The Last of Us: Part II was the best-selling game in June. In second and third place are Call of Duty: Modern Warfare and Animal Crossing: New Horizons, respectively. According to NPD, sales of game hardware have not increased; the study shows that hardware spent just about 17 percent less compared to a year earlier. 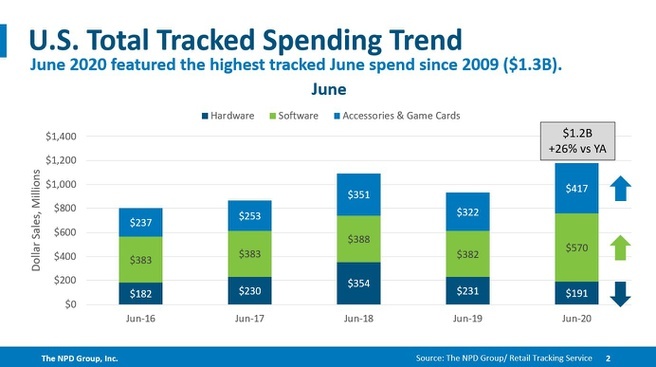 NYT: Twitter hack was performed by group of young people