This Thursday morning, at 3.30 a.m., Apple will hold the Apple Music Awards for the first time. That event is streamed live from the Steve Jobs Theater and you can expect an exclusive performance from singer Billie Eilish, among others. She also immediately takes off with the prize as ‘Artist of the Year’. The Apple Grammys – as we call the awards here on the editorial board – seem a bit like the successor to the Apple Music Festival (first iTunes Festival) that was canceled in September 2017.

An award show for music is in principle not super exciting – there are plenty of others – but the trophy that the artists receive is. Each trophy contains a silicon wafer that sits between polished glass and anodized aluminum. The wafers are exactly the size of a 12-inch LP and are only one nanometer thick. Copper layers form a connection between billions of transistors. It has taken months to make these prices and the result can be there – the image below. 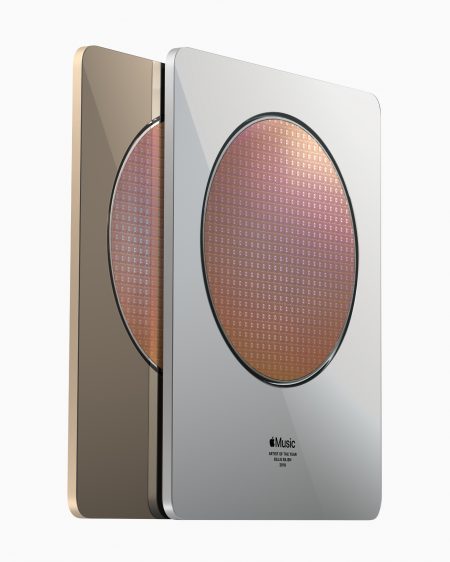 Spotify organizes its own award show in March 2020