In the iOS version of the WhatsApp app, it is now possible to view Netflix trailer videos directly via the picture-in-picture function. WhatsApp has not yet officially announced the change.

When an iOS user pastes a Netflix link from a trailer into WhatsApp, a large thumbnail with a playback icon appears. If a user presses it, the video will be played within WhatsApp, without the Netflix app being opened. This only applies to trailer videos; entire films or series cannot yet be viewed within WhatsApp.

A follower of WABetaInfo reported the addition and the website confirms it . WhatsApp has not yet made an official announcement and partly because of this it is still unknown when this feature will also become available for WhatsApp users with an Android device.

In WhatsApp it has been possible since last year to play videos from certain sources directly within the app, including videos from Facebook, YouTube and Instagram. Now Netflix trailer videos can be added to that list, although it is still limited to iOS. Users must have the latest version of WhatsApp. 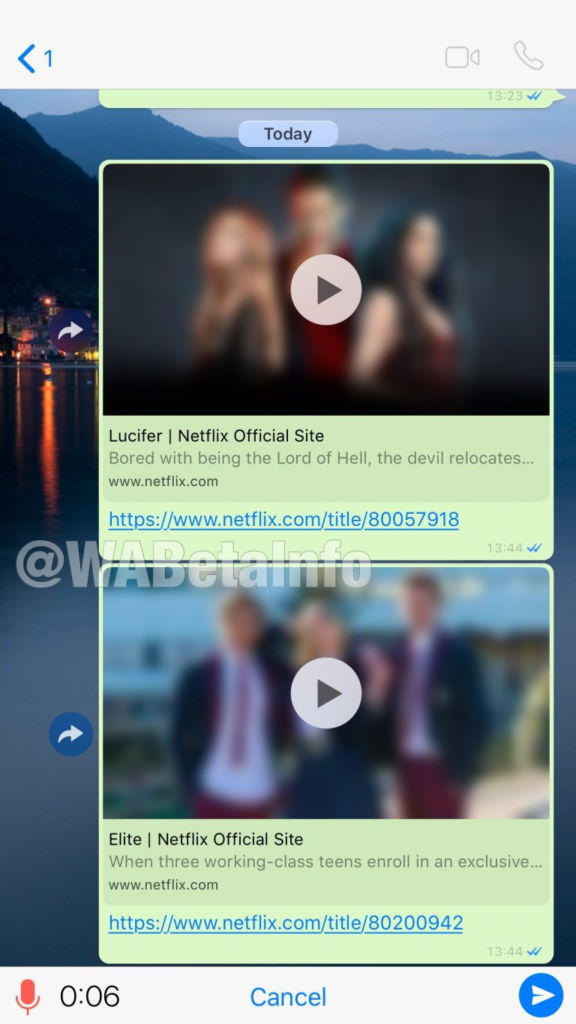 Researchers give commands to smart speakers by pointing laser at microphone