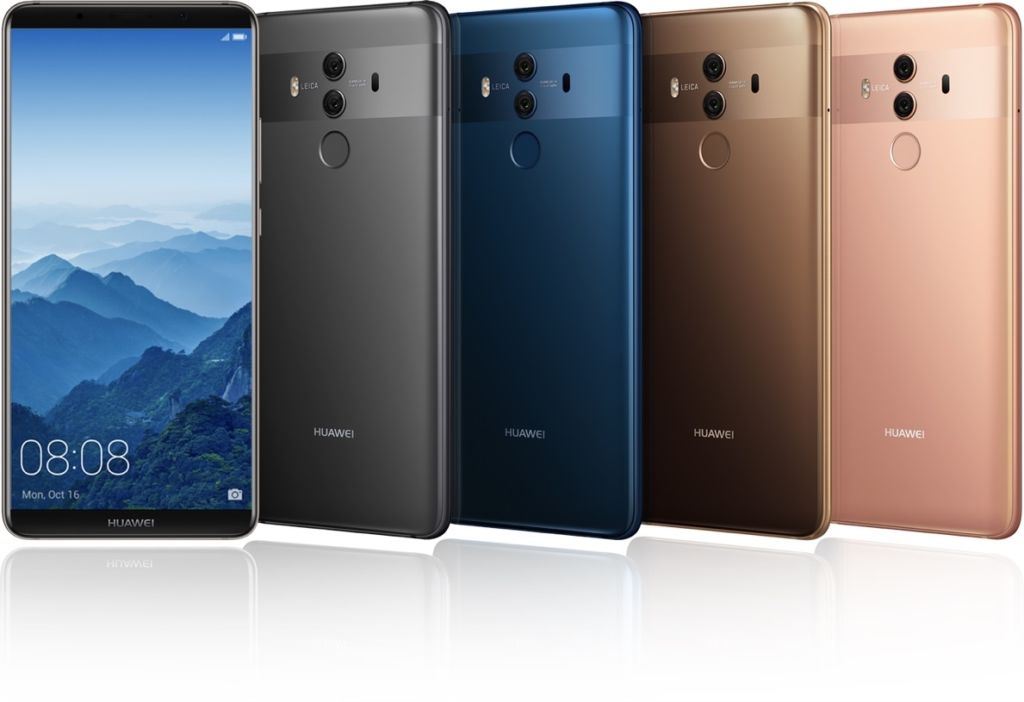 The HUAWEI Mate 10 and HUAWEI Mate 10 Pro are the first devices powered by the new Kirin 970 processor and deliver AI enhancements for a faster, more customized mobile experience. The Kirin 970 is built using an advanced TSMC 10nm semiconductor manufacturing process, and features an octa-core ARM Cortex CPU, a first-to-market Mali-G72 12-core GPU and the first NPU designed specifically for a mobile device. The Kirin 970 also has a new dual ISP for AI-powered intelligent photography.

By combining individual and collective intelligence for on-device AI, the new HUAWEI Mate Series delivers real-time responses to users, including AI-powered Real-Time Scene and Object Recognition and an AI Accelerated Translator. Kirin 970 is an open, mobile AI computing platform for third parties to create new and imaginative AI applications and which extends Huawei’s processing capabilities to the entire value chain.

Design Qualities for New Levels of Sophistication and Comfort

The iconic devices feature a 3D Glass Body, beautifully and symmetrically curved on all four sides for an ergonomic hold. The back of the devices feature a reflective band design to highlight the New Leica Dual Camera.

The HUAWEI Mate 10 and HUAWEI Mate 10 Pro will launch with Huawei’s all-new EMUI 8.0 powered by Android™ 8.0. Features include an AI Engine to fully leverage the capabilities of the Kirin 970; an AI Accelerated translator to deliver faster and more accurate interactive translation for a smoother communication experience; an easy projection feature to connect the new Huawei Mate Series to a larger screen; support for a full desktop experience – either mirroring or extending the smartphone display like a PC.

Apple pays $ 75,000 for a leak that could take over the iPhone camera

Google Play Games has a function to compare achievements with friends

Are you waiting for the iPhone SE 2? It may appear today

How retailers can emerge stronger from times of crisis