Huawei Mate 40 Pro, the smartphone is just the beginning 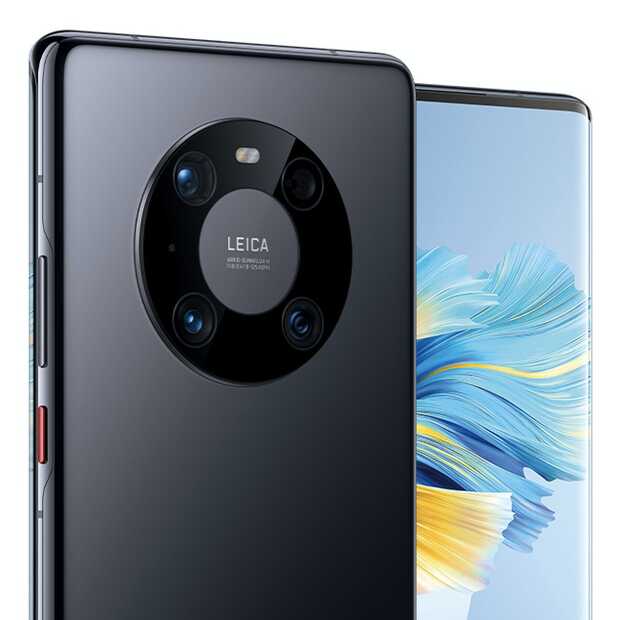 The world according to Huawei, the Chinese technology giant has developed its own eco-system. Anyone who thought that Huawei was impressed by the boycott of their 5G connections or the third Google ban for their Android devices should sit up straight.

Because in addition to the launch of a new and impressive smartphone, the Huawei Mate 40 Pro, new headphones and earphones, a Porsche design watch and smartphone, and a smart glasses collection, there is something else. One more thing, the name has yet to form because that one thing stands for an alternative to Google, the app stores, iTunes and Google Maps. You won’t believe it until you see it. Huawei literally goes all-in and from now on you have three options. Google, Apple or Huawei.

It is clear that Huawei is more decisive than ever. Today, Huawei launched a large number of new products and services during an online press conference – as always presented by the best CEO in the tech world, Richard Yu. Two days ago during the pre-briefing of Huawei, in a few words on a slide was perhaps the most important message. – The smartphone is just the beginning – the answer from a tech giant.

It is the device that has been looked forward to for much longer. The Huawei Mate 40 Pro and Huawei Mate 40 Pro + are the successors of the Mate 30 smartphones and at the same time the biggest competitor to the flagship devices of Samsung and Apple in terms of specifications. And as we are used to at events from Huawei, the devices of these giants were compared with the new Mate 40 Pro with a smile on the face of Richard Yu during the product presentation. It is one thing, but the competition also knows that this device always continues to surprise at the launch. It is also what you can expect from a Huawei brand. And let’s just say that without having had the device in our hands, the specifications and performance are of a high level.

Today, high-end smartphones are still partly about design, speed, charging time (battery life) and technical innovations (e.g. gesture), but above all about the camera. That remains the subject if you want to compare an expensive device. And Huawei has a great partner called Leica for that. We will now limit ourselves to the most important specifications and will provide more information and reviews later.

Both devices have a beautiful design with a striking Space Ring at the rear that further elaborates on the symmetrical design of previous models. The Mate 40 Pro has an 88 degree Horizon Display with a curved finish. The smartphones have an IP 68 dust and water protection and have a smaller notch with 3D Face Unlock, an ultra-wide-angle self-lens and Gesture Control, with which you can operate the device with hand gestures.

The Mate 40 and Mate 40 Pro are available in Black and Mystic Silver. The Huawei Mate 40 Pro + is equipped with a nanotech ceramic back in Ceramic White or Ceramic Black.

The Huawei Mate 40 Pro and Mate 40 Pro + run with the Kirin 9000 Series and are suitable for the 5G network. The devices contain the most powerful GPU ever in a Huawei device, 50% more powerful than its predecessors and is more suitable for gaming than its predecessors. You can do that on the 6.76 ”OLED screen (15.5×7.5cm) with a resolution of 2772×1344 pixels with an aspect ratio of 18.5: 9. The Huawei Mate 40 Series supports the fastest version of Huawei SuperCharge.

All predecessors of the Mate 40 Pro already had great camera specifications. Together with Leica, the camera system of the Mate 40 Series has been further improved. The ultra-wide lens, a high-definition main camera and the telephoto camera raise the bar in smartphone camera technology. The Dual Cine Cameras and Dual Ultra Wide Cameras give you as a user the opportunity to shoot wide-angle videos and images with both the front and rear camera.

Huawei claims to be ponier when it comes to cinematic videography. The Dual Cine Camera offers a 3: 2 cinema-style ratio. Both cameras film in 4K and are equipped with Steady Shot, XD Fusion and HDR Engine for excellent exposure, even at high contrast. Additional features are the Tracking Shot, the Story Creator for cinematic effects, the easy use of background music, filters and effects, Audio Focus, Audio Zoom and reliable sound recordings via bluetooth devices.

Swiping above the screen is enough to control your smartphone without touching the screen. Dynamic Eyes on Display (DED) with personalized interactive displays make it possible to silence unwanted calls via eye contact with your device. The automatic sleep mode does not come into effect as long as the device detects that you are looking at the screen.

Petal Search is to become the alternative to Google Search on Huawei phones and also supports downloading of the most popular apps like Facebook, Twitter and Instagram. The announcement of this was made earlier during the developers conference of Huawei. The search application is primarily designed for use on mobile devices. The application is now said to be used in more than 170 countries, in more than 50 languages. Huawei Petal Search is now listed as in the Huawei App store.

The search results are created using external sources such as Qwant (and Yandex). The latter has not been officially confirmed. Huawei Petal Search is installed by default on new Huawei smartphones (without Google services), recognizable by a search bar with the text Find Apps.

Thanks to the AI ​​capabilities of Huawei devices, users can also search based on photos or images via Petal Search. The app recognizes a wide range of subjects including people, animals and sights and introduces new possibilities such as plant recognition. There is also a voice search function integrated into the app. It supports English, Spanish, French and Arabic, among others.

The Huawei Mate 40 series unveiled today does not contain GMS (Google Mobile Services) as far as is known. As a result, Huawei now offers its own map application (in collaboration with TomTom) for smartphones, called Petal Maps, including driving navigation.

Petal Maps is now active in 140 countries and supports map views in 79 different languages, including Dutch, French, German and English. Voice assistance is initially available in English, French, Spanish, German, Italian and Mandarin. More languages ​​will be added in the future.

The Huawei Mate 40 Pro including Petal Maps is now available online for a suggested retail price of 1,199 euros.

Even in these uncertain times, we are committed to a better future.

Huawei Docs is a lightweight Office app that supports documents and spreadsheets. The application is compatible with Microsoft Word, Excel and PowerPoint files. You can use Huawei Docs to edit files on your device or online. By using the multi-device file sync capabilities of Huawei Drive, you can sync your documents, including any changes to them, across multiple devices.

Huawei Docs is available in more than 100 countries and regions and supports viewing and editing of documents in more than 50 formats, including PDF, PPT and DOC.

Huawei Music is also part of the extensive project that was started after the ban of US President Trump. In this project, Huawei has started at a rapid pace with the development of replacement apps and popular services that Google in particular offers in the market, including the aforementioned search and maps applications.

Where is macOS Big Sur now?