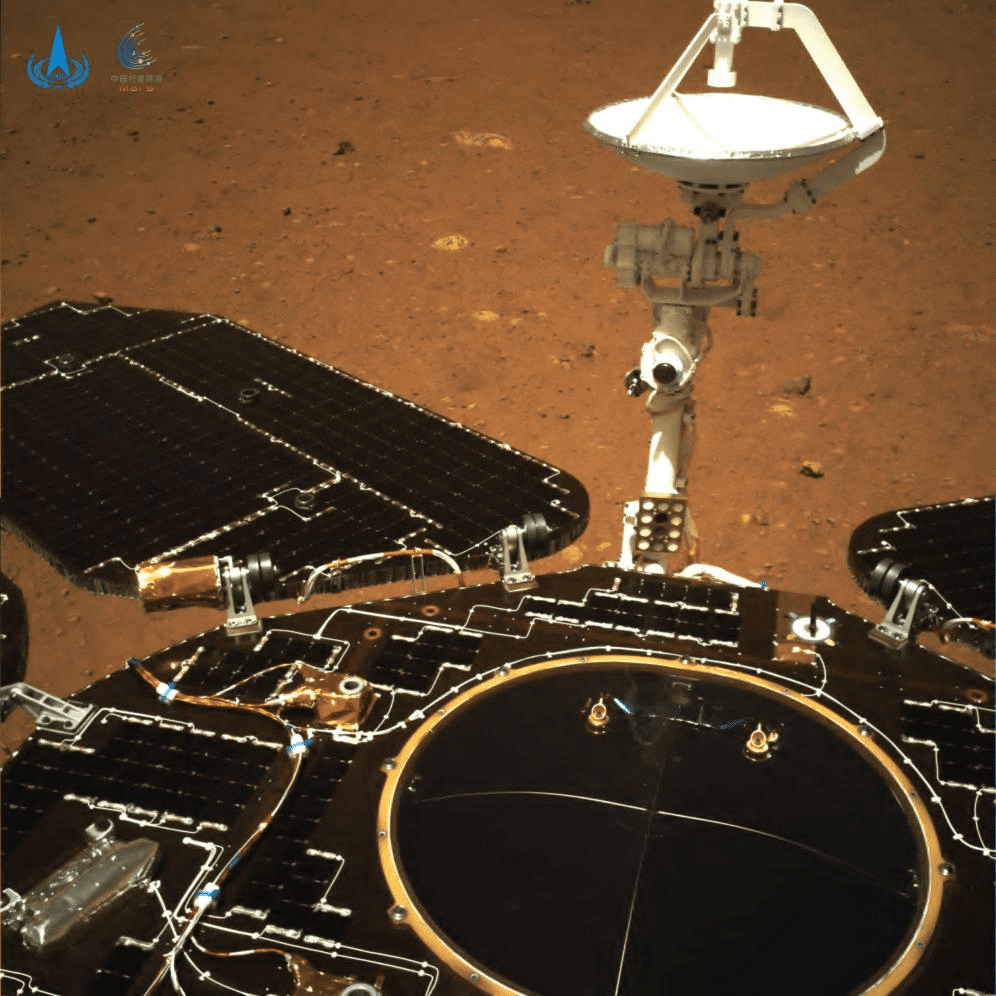 The CNSA publishes two photos on its website. According to the CNSA, the images were sent back one by one on May 17, after the Mars rover was able to establish a stable communication link with Earth.

The images show the Martian surface from the front and back of the Mars rover, which has not yet begun exploring the red planet. The images also show that all parts, such as the solar panels, antenna and the ramp from the landing platform, have been successfully unfolded after landing. 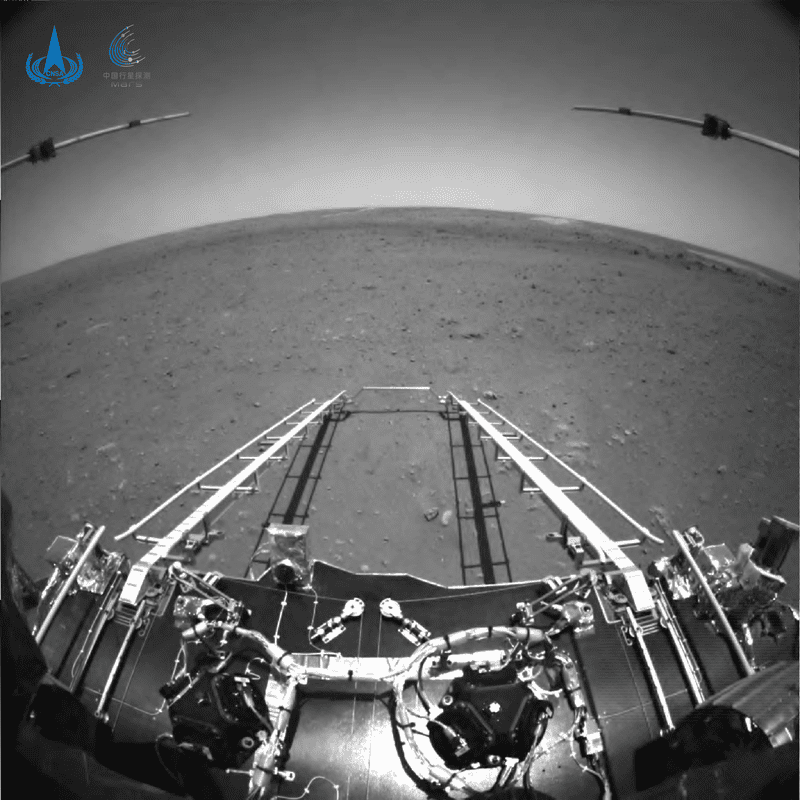 At the moment, Zhurong is still preparing to leave the landing pad, the CNSA said. Ultimately, the Mars rover must investigate the Martian surface, as well as look for possible traces of life on Mars. For example, the rover has six instruments on board for soil survey, such as a radar instrument that can see through the surface of the planet. The Chinese space agency hopes the Mars rover will remain active for 90 sols, or about three Earth months. Zhurong has landed on Utopia Planitia, a large area where there may have been an ocean in the past, and where there may be ice underground.

Zhurong was launched in July last year as part of the Tianwen-1 space mission. The Mars probe entered orbit around the red planet in February, then studied its intended landing site for three months. With the successful landing of Zhurong, China is the third country to successfully land a Mars rover on the red planet. The United States and Russia preceded China.