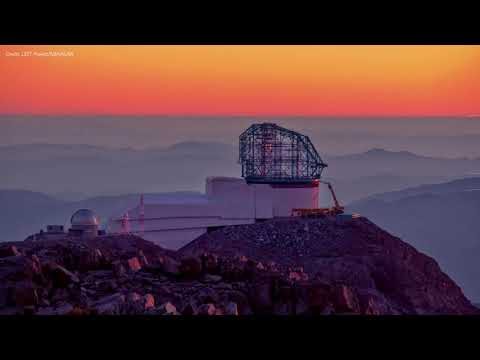 Scientists at the SLAC National Accelerator Laboratory, a US government laboratory, have taken digital photos with a resolution of 3200 megapixels. According to them, that is the highest resolution ever achieved with a single shot.

The photos were taken with a combination of 189 image sensors that will eventually be used in the future camera of the Vera C. Rubin Observatory under construction in Chile. This observatory was previously referred to as the Large Synoptic Survey Telescope. According to the scientists, the images are so large that 378 4k TV screens are needed to see a single image taken in its entirety. The sensor array is currently being built by the lab and will eventually provide a panorama of the entire southern sky every few nights.

The first images are intended as a test. Halfway through next year, the entire camera, with dimensions of 1.65 by 3 meters and a weight of 2800 kilograms, will be ready for the final tests. Before taking the first image, the sensors were cooled to -101 degrees Celsius, the temperature at which they will normally operate.

During the first tests, images were made of all kinds of objects, such as a romanesco, a type of broccoli that resembles a cauliflower. This was chosen because of the detailed structure of the object. This was done without the camera being completely ready. There is no lens or telescope in front of the sensor yet. In order to obtain an image, a camera obscura with a hole of 150 micrometers was used to allow light from the object to fall on the sensors.

On the left is the schematic of how the first photos were taken, with the researchers turning off the projector cryostat fetch. The other image is the schematic of the camera, which will be assembled in its entirety over the next few months, including lenses, a shutter, and a filter exchange system to capture light of multiple wavelengths.

The total sensor area has a width of approximately 64cm and houses the 189 ccd sensors, each of which has an area of ​​16cm² and a resolution of 4000×4000 pixels, or 16 megapixels each. Sets of nine sensors and the supporting electronics are grouped together in square units. Of these, 21 have been deployed with additional special units that are not used for making images. The 3.2 billion individual pixels have an individual size of 10 micrometers.

Thanks to its large dimensions, the sensor can map a part of the night sky that is about 40 times the size of the moon. The telescope in which the sensor is to be placed is designed in such a way that the sensors must be able to find objects that are 100 million times less bright than those that are still visible to the naked eye. The ability to produce very sharp images at high resolutions is also achieved because the image surface is very flat.

As soon as the observatory is completed in October 2022, the Legacy Survey of Space and Time will commence. This is a ten-year study that looks at, among other things, the properties of dark matter, dark energy, further cataloging the solar system and investigating the structure of the Milky Way. To this end, the observatory consists of a telescope with an eight-meter mirror, supplemented by a 3200-megapixel camera and an automated data processing system. Images of 20 billion galaxies will be taken. With this, more knowledge must be gained about how galaxies have developed and existing models for dark matter and energy can be better tested. In total, 60 petabytes of data will be collected.