Microsoft is working on a Windows app for its game streaming service Project xCloud; screenshots thereof The Verge has put online. The resolution of the service would also soon be scaled up from 720p to 1080p.

The Verge states that Microsoft is “putting the finishing touches” to its xCloud application for Windows. Currently, it is only possible to stream to Android devices. This application would also get new functions compared to what is now possible: there is support for touchscreen input and use of a gyroscope as an input device. As a result, a controller is not a requirement. The Verge has posted moving images on Twitter.

The resolution upgrade is reported by both The Verge and Windows Central. The latter also attaches screenshots it received from one of its sources. It shows Hellblade, running in 720p and 1080p. The upgrade is in line with last year’s rumor that Microsoft was behind the scenes upgrading xCloud hardware to Xbox Series X components .

Perhaps it will not take long before all this news becomes concrete and a date is attached to it. Microsoft connoisseur Paul Thurrott tweeted on Friday that the company would hold a ‘what’s new for gaming’ event on March 23. Given The Verge’s claim that the xCloud Windows app is nearing completion, the chances are good that Microsoft will bring news about the game streaming service at that event.

With the resolution upgrade, Microsoft would be more on the level of competitors such as GeForce NOW and Google Stadia. The latter even offers a 4k option, although, to the dissatisfaction of a group of users, that would not actually be 4k. 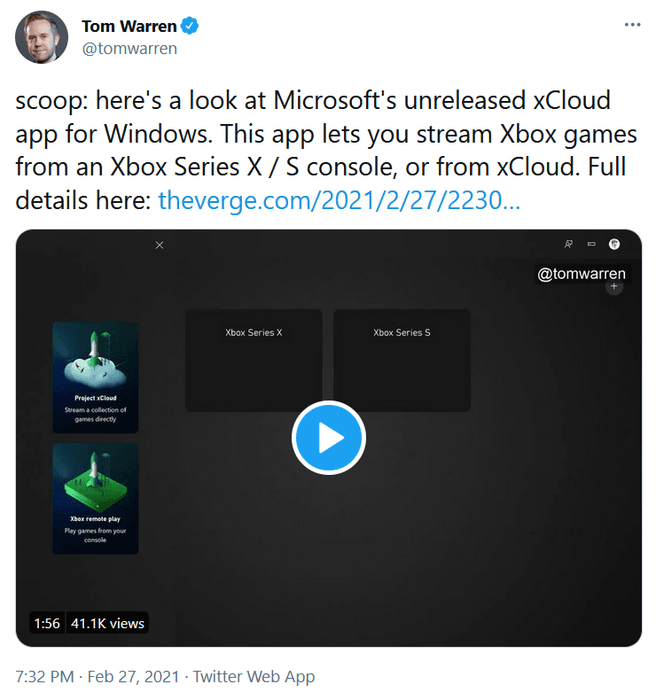 How to Watch Timelapse in Google Earth (Desktop & Android)