About the Apple Watch Series 4 that Apple presented today, a lot of information had already been leaked . It all turns out to be correct, but there is more. The new smartwatch, for example, contains a faster 64-bit dual-core S4 processor and a new motion sensor.

This motion sensor can detect a hard fall very precisely and gives you the possibility of possibly calling an emergency number. dial. The heart rate monitor has also been improved, so that irregularities are detected and an ECG (ElectroCardioGram) can be made – according to Apple, a first in the consumer market.

The display of the new Apple Watch is the first time since the very first model 2015 significantly renewed. On the 40mm and 44mm model, the screen is 35 and 32 percent larger respectively. This means that the edges around the display are only very thin. The extra space on the screen can be used by apps to show more information.

Finally, the speaker and microphone have also been improved, the materials used have been upgraded and there is a new, golden color. The new Apple Watch will be available from September 21 and will cost $ 399 (without 4G) or $ 499 (with 4G) costs. What the prices in Europe are going to be is not yet known. 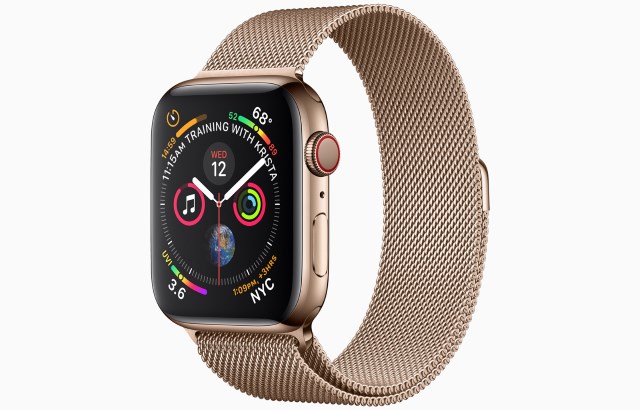