Apple’s special iPad event was mainly focused on the new iPad Pro. That was – just like everything nowadays – already leaked reasonably but we were still some new and specific details to hear about the new tablets that especially for professionals the big difference should go. Furthermore, it was a short conference with an update for the MacBook Air and the Mac Mini, but it has never become very earth-shattering – thanks to the leaks.

The new Pro’s have thinner screen edges, Face ID that works both in landscape and portrait mode and therefore does not need a home button. That means that both the 11- and 12.9-inch versions have a virtually borderless screen and that all interactions go with the same movements that iPhone users have been using since the iPhone X.

As with the new Xs and Xr phones, the new iPad Pros also have the A12X Bionic chip. Apple compared the power of the new iPads with an Xbox One S, but in a tablet with a frame that is thinner than any other iPad.

Fortunately, the rumors about an upcoming USB-C port were also true, so it means that you already have one device that requires specific Apple cables to charge and even that your iPad can now be used to charge your iPhone! In addition, the speakers have become louder, while they occupy less space. In terms of design, it is, in any case, a very nice device to see and it is truly impressive that they have managed to put all that tech into it.

A lot of power, new pencil

The demonstration of the power of the device was clear. After a game of NBA2K19 (apparently the game to show how fast your mobile device is in 2018) and the figure that 92 percent of all laptops you can buy are slower than the new iPad Pro, the serious work was done with AutoCAD. and especially Photoshop. The latter is still a program that is used a lot and Adobe also came along to show the iPad version of the photo editing program. A lot of use is made of contextual menus and the demonstration with a 3 GB PSD file with more than 1000 layers was impressive. The same file was then also used to demonstrate ‘Project Aero’.

It also showed how exactly the new iPencil is on the new iPad. The magnetic, pressure-sensitive pencil automatically charges when you click it against your iPad, a system where Apple has put 102 magnets in the iPad Pro. In addition, it now has a sensor on the whole surface, so you can do things like double tapping with your fingers on the pencil without thinking. This magnetic system is also used for a new keyboard that clicks on the Pro in various ways. It is clear that Apple goes after Microsoft’s Surface with the Pro and it seems that all the check marks are set.

From 900 euros without Pencil

The new iPad Pro will be available from November 7. The cheapest version (Wifi-only, 64GB storage, 11 inches) costs 900 euros, while the most expensive version (SIM, 1 TB storage, 12.9 inches) costs 2120 euros. In both cases, you still have no Pencil, because it costs 125 euros extra. The click keyboard/cover costs a further 220 euros and if you buy the whole package you are in total at almost 2500 euros. Then it can also be seriously impressive.

The MacBook Air gets an update, in the sense that there is a version with a 13.3-inch retina screen and slightly thinner screen edges. There is also a fingerprint scanner on the keyboard (and Siri functionality) thanks to the T2 chip and you also get two USB-C ports and a headphone input. 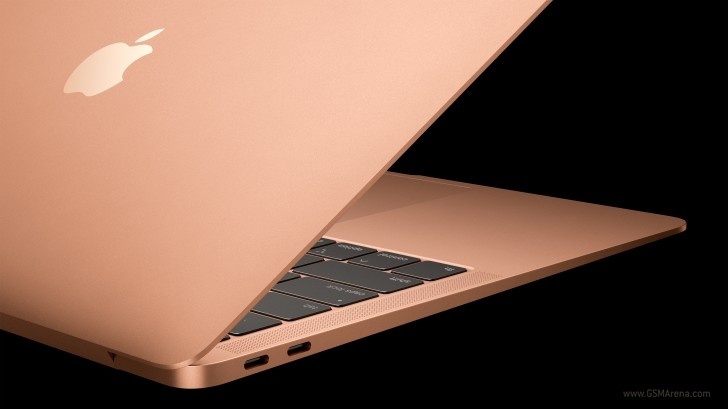 The Force Trackpad should give you more control and depend on your feeling about it, the good/bad news is that the butterfly keyboard is in it. The device has dual-core Intel chips (8th generation) in it, 16GB of memory and up to 1.5TB of storage, depending on how much you want to spend. The basic version comes with 128GB of storage and 8GB of memory and costs 1350 euros. 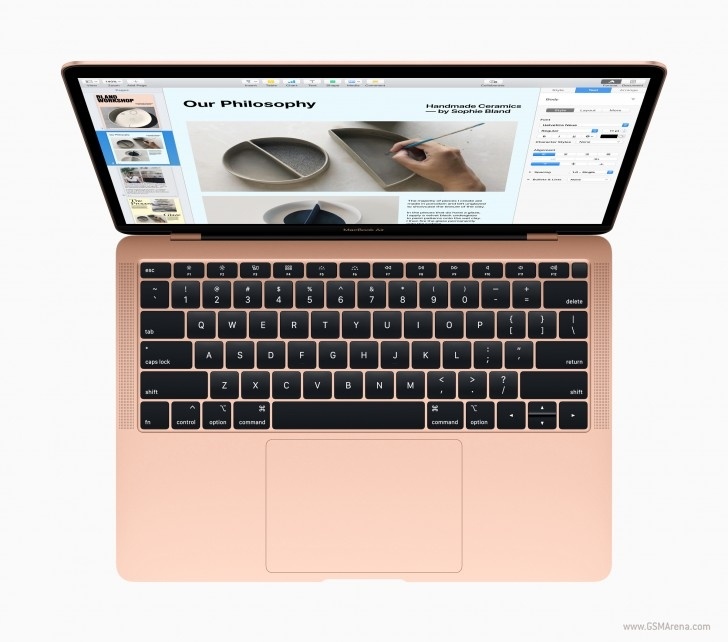 The new Mac Mini is mainly intended for users who need a lot of power but do not necessarily need all kinds of design around it. Basically, the computer is a bit cheaper than the MacBook Air with a starting price of 900 euros. For that you get a quad-core Intel Core-I3 chip, 8GB memory and 128GB of storage. In terms of connections, you get ethernet, 4x Thunderbolt 3, HDMI and two old-fashioned USB ports. You can go up to six cores, put 64GB of memory in it and get up to 2TB of storage, but I do not dare to see what that costs. Ok, that costs 4850 euros. You can also switch them by the way, if you need more than that for your render farm or app test machine.

Apple also does not really surprise with these updates, because although the iPad Pro looks really good now it is all in line with expectations, especially after all leaks. The new MacBook Air is still a little too expensive, the Mac Mini is for a very specific target audience fun but not for the general public. This was more of a business presentation because with the prices that these devices have to offer (at least in a configuration that lasts a little longer than a few years) it is no longer really possible for the regular consumer.