Google reports that five months after the release of Android 10, a hundred million Android devices running versions of the operating system. This would make the adoption 28 percent faster than with Android 9 Pie.

With those numbers, Android 10 deployment is faster than previous Android versions, Google said on its Android Developers blog. Google attributes the successful adoption to its projects to bring updates to Android devices faster. Android users will stick with older versions longer than iOS, with security issues and access to new features.

Google tried to improve this with Project Treble, GSI and Project Mainline. At Project Treble, Google pulled the vendor partition for apps and services from manufacturers, separate from the Android OS framework, so that the different manufacturers can offer Android upgrades faster. GSI , or generic system images, allows manufacturers to try new Android versions with bare Android Open Source Project builds. In addition to that, there is a developer preview program for OEMs.

Finally, since Android 10, there has been Project Mainline, for updating Android parts via Google Play, similar to apps. Google mentions updating Google Play Protect and the distribution of the Exposure Notification API for corona apps as examples. 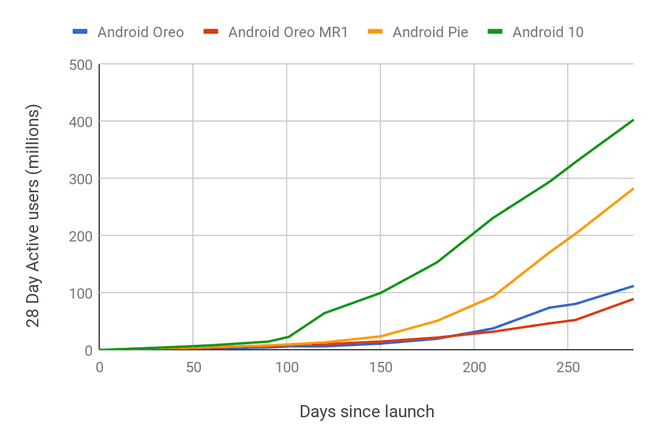 How to redirect permalink from ‘Day and name’ to ‘Post name’

Mafia: The Game – Play the social mystery game on iOS and online for free