By admin On May 22, 2018
Games publisher Epic Games has announced that competitions are being set up for the popular Fortnite game, with a total of 100 million dollars in prize money. The competitions will mainly focus on "playing the fun of the game or watching it." 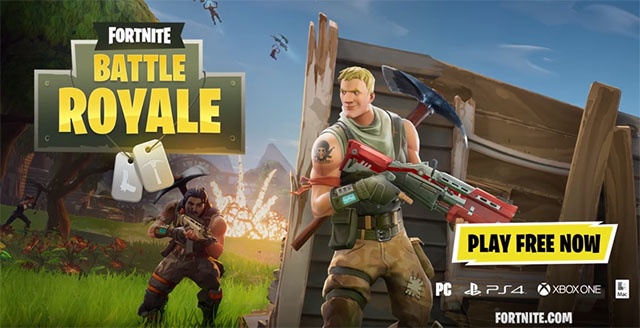 Much more information than that has not yet been published. That will happen at a later stage, according to Epic Games .

Fortnite is one of the most popular games of the moment. Especially the 'battle royale' part, which is free to play, is played a lot. A hundred players are dropped on an island at the same time and the intention is to stay alone or together with your team.

A recent study of Newzoo (PDF) shows that in January of this year over 30 percent of all PC gamers played games in the 'battle royale' genre and Fortnite was the most popular title with at least 45 million players and a market share of 16.3 percent. There are now also many Fortnite players who can live well from streaming their Fortnite sessions on Twitch and YouTube, including the famous Fortnite player Ninja .